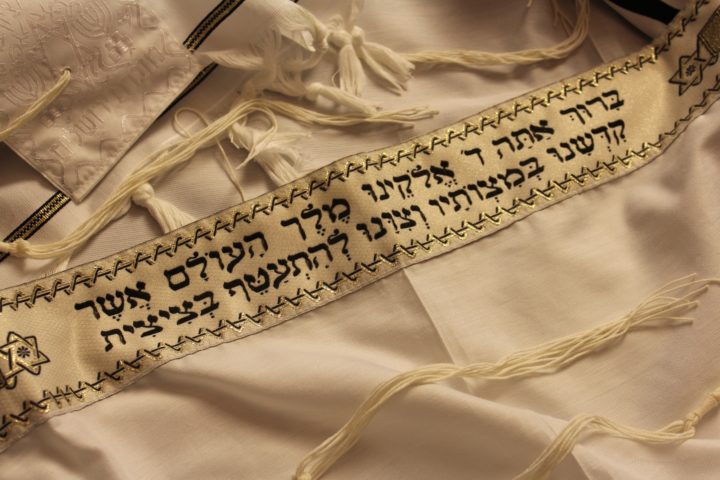 Matthew 4:18 – “As Jesus was walking beside the Sea of Galilee He saw two brothers, Simon called Peter, and his brother Andrew; and they were casting a net into the lake, for they were fishermen”. It says: “…for they were fishermen”. Jesus said: “Come, follow Me – and I will make you fishers of men”. At once – they left their nets and followed Him. Going on from there He saw two other brothers, James the son of Zebedee, and his brother John, and they were in a boat with their father Zebedee, preparing their nets. Jesus called them, and immediately they left their boat, and their father, and followed Him.

Mark 2:13 – Once again, Jesus went out beside the lake, and a large crowd came to Him, and He began to teach them. As He walked along He saw Levi, the son of Alphaeus sitting at a tax collector’s booth. “Follow Me”, Jesus told him; and Levi got up and followed Him.

We’ve just seen Jesus convince men – who have families, wives, children, land, homes, jobs, boats – to leave everything they know and do, and follow Him. The first two, maybe they were just having a mid-life crisis… but then He continues… He’s convincing these men to leave everything they know – they’re leaving their jobs with no notice, no promise on how to make money and no claim to fame. Just two words: “Follow Me”. James and John, son of Zebedee – they do the same thing. What was Zebedee thinking? His whole workforce just quit with no notice. Imagine Zebedee going home that night to his wife, trying to explain that their sons have left home to follow a guy.

So, what was really happening…?. Every Hebrew boy longed to be a rabbi – it was the highest calling – the coolest thing, the best of the best. Every boy wanted to be a rabbi, but at some point, 99% of them were told: I’m sorry – you just don’t have what it takes to be in ministry. Only the best, of the best, of the best made it – and here’s how they started to weed them out… You had to memorise Leviticus by the age of six. Not every home had scripture; they read scripture communally – so you had to memorise Leviticus based on your father’s memorisation of Leviticus, and him quoting it to you. If you memorised Leviticus then you graduated to what was called the Beit Sefer, which is Hebrew for ‘the School of The Book’. Beit Sefer lasted from age 6-12, and they memorised the whole Torah: Genesis, Exodus, Leviticus, Numbers and Deuteronomy – word for word, the whole thing.

When they were 12 years old, they graduated from the Beit Sefer by having a Torah exam, with the teacher’s of the law of that day. They weren’t graded on whether they knew the answers; but on whether or not they asked the right questions. It says in Luke, that when Jesus was 12 years old, He was ‘wowing’ the teachers of the law with His questions. Hebrew scholars were not noted for their answers – they weren’t noted for coming to a destination, or for putting a theology into a system of bullet points. They were noted for their ability to keep the discussion about God going longer. They were noted for their ability to ask the right questions – and you’ve got to be far smarter to ask the right question than to have the right answer. Hebrew people lead with questions. I can tell everything I want to know about you, by the questions you ask, and the stories you tell, everything. Questions reveal values; and questions reinforce values.

Now the Beit Talmud was 18 years long, from ages 12- 30, in five stages. Has anybody ever wondered why Jesus disappeared to from age 12 to 30? Then He comes out, and everybody’s calling Him rabbi? He was in the Beit Talmud. You would go through stage one, and have an exam. If you passed your exam, you got to go to stage two; otherwise you were told: I’m sorry, you’re disqualified from ministry. Now go back and earn a living at your family trade.
Stage five was called S’mikhah (rabbinical authority). There were only two types of rabbi: rabbis ‘with‘ S’mikhah; and rabbis ‘without‘ S’mikhah. A rabbi’s interpretation of Torah/scripture, or his way of life, was called his yoke. Jesus said: “Take My yoke upon you, and learn of Me – for My yoke is easy and My burden is light”. The key to understanding that is in the word ‘My‘. For Him to say ‘my yoke’, He had to have authority – because this was the difference. You spent 18 years learning the yoke of a rabbi. 18 years in the Beit Talmud, spent sitting at a rabbi’s feet, saying: teach me your yoke. When you became a rabbi, you were in charge of taking that rabbi’s yoke to the next generation. However, 99.9% of all rabbis did not have authority. They did not have S’mikhah; only the select of the select did. Sometimes they could go two and three generations without any rabbis with S’mikhah. So what would happen is, for a rabbi without authority – they were still a rabbi, but they had to teach the yoke of their rabbi. But a rabbi with S’mikhah could make up his own yoke. This is how they determined if a rabbi had authority or not. When you graduated from rabbi school, they would baptise you – because they baptised you anytime you changed social status. If you went from non-rabbi, to rabbi, they would baptise you – and at the baptism, we’ve got to decide who has S’mikhah, and who doesn’t. You had to have two verbal witnesses at your baptism. Two people would speak out for you, at your baptism, which was basically ordination. It says when Jesus was 30 years old, He went out to the desert to be baptised – so Jesus is graduating from rabbi school. He goes into the water, and John says: “Behold, the lamb of God, that takes away the sins of the world; whose sandals I am not worthy to untie!” That was witness #1. John baptises Him; and Jesus comes up out of the water, and He’s a regular rabbi without authority – until a second voice speaks. The second voice came from heaven – and it says the whole of the crowd heard it.

So now, Jesus isn’t just a rabbi – He’s a rabbi with S’mikhah. He then spent the rest of His life challenging everybody else’s yoke! This followed Him His whole life – “You do not teach as the other rabbis teach; but You teach as one with authority” (Matt 7:29). It meant: we’ve never heard a yoke like this before. You must have authority to teach this yoke; otherwise you don’t have any right to teach this yoke. So where did you get your authority from? His reply: from the same authority John the Baptist had – because John the Baptist was the one that had witnessed Him.

The first thing a rabbi would do is: he would appoint disciples – because a rabbi without disciples was not a rabbi. So where would you get your disciples from? From the Beit Talmud – the school of disciples. The rabbi would go back to the Beit Talmud, walk through the Beit Talmud, and he would look for the right student. The question wasn’t whether or not the student knew the word, because remember: everybody in the Beit Talmud had memorised the Torah; and had wowed the teachers of the law with their questions. It wasn’t a matter of competency, or knowing the word. The rabbi would walk through the Beit Talmud with one question: do I believe that he can do even greater things than me? If the rabbi believed that the student could do even greater things than him, he would ordain him as a disciple in his rabbi school with two words: ‘Follow me’.

The yoke of our Rabbi chooses men, that other people say are disqualified from ministry, to change the world. That’s the yoke of our Rabbi. That’s why men were jumping out of boats. Then He goes and He gets James and John; so He gets four fishermen – four people who’d been disqualified from ministry. I want to teach you My Yoke. I want you to carry My Yoke to the next generation. The fifth disciple was Matthew, who was found at a tax collector’s booth, by the lake. If you’re sitting at a tax collector’s booth, by the lake, then what are you taxing? Fishermen! So Jesus says: Simon, Andrew, James and John – we’re going to find out right now – are you willing to forgive, and face your issues, with the man who’s been robbing food off your family’s table for years? The yoke of our Rabbi says that you face the people, who’ve hurt you, with honesty and sincerity – and you forgive them, and you move on. That’s the yoke of our Rabbi.
When you decided to join a rabbi’s tutelage, it wasn’t just to know what he knew – you wanted to be what he was; take on his whole life. You wanted to treat people like he treated people. You wanted to have a philosophy of marriage, and children, and giving, and all this stuff. You wanted to be what he was. They even wanted to walk like their rabbi; so the rabbi would teach them to walk like him. He was teaching them a new yoke, a new way of life. We say we’re ‘Disciples of Jesus Christ’, which means that we are ‘Carriers of His Yoke’.

It’s not that you don’t sin; it’s just that according to the yoke of our Rabbi, there will never be enough witnesses to condemn you. Remember what Jesus said: “Come to Me, all you who are weary and burdened, and I will give you rest (Shalom). Take My yoke upon you and learn for Me; for I am gentle and humble in heart, and you will find rest (Shalom) for your souls.” When we follow the system we will be weary and burdened but when we follow Him, He makes us free! That is the yoke of our Rabbi.