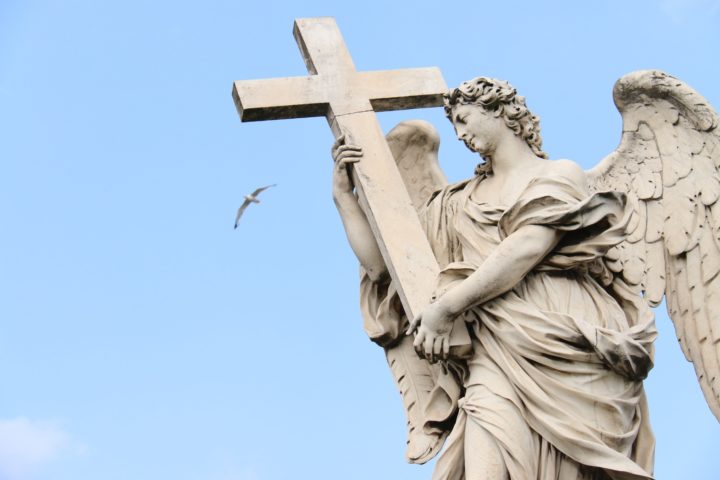 Though angels are “ministering spirits, sent forth to minister for them who shall be heirs of salvation” (Hebrews 1:14), I know of no Bible instances where humans were able to give them instructions either directly or through the name of Jesus.

On the contrary, we have no control over the work of the angels. They are ‘His ministering servants’ not our personal slaves! We know that they are above us since Jesus had to make Himself lower than the angels in order to come down and be born and suffer as a man (Hebrews 2:7-9). Hebrews also speaks of those who had entertained angels unaware (Hebrews 13:2). That is, men were not aware of their presence – even when they are visible as men.

Even in the Old Testament, where we see angels actively working with men, they are not at the bidding of men. The angel refused to reveal to Manoah, the father of Samson, his name. Though the angels who came to deliver Lot, cooperated with Abraham and Lot, they certainly did not accept orders from them. When Lot failed to leave Sodom in a timely manner, the two angels forcibly took Lot and his immediate family out of town (Genesis 19:15-16).

The biblical way for the commanding of angels is found in several places. It is this: the people of God pray; the Lord hears their prayer; the Lord sends His angel or angels to do a work.

Believers on earth do not have control over the angels. That is a myth made up by those who want to claim some great power over the spirit world that they do not have.