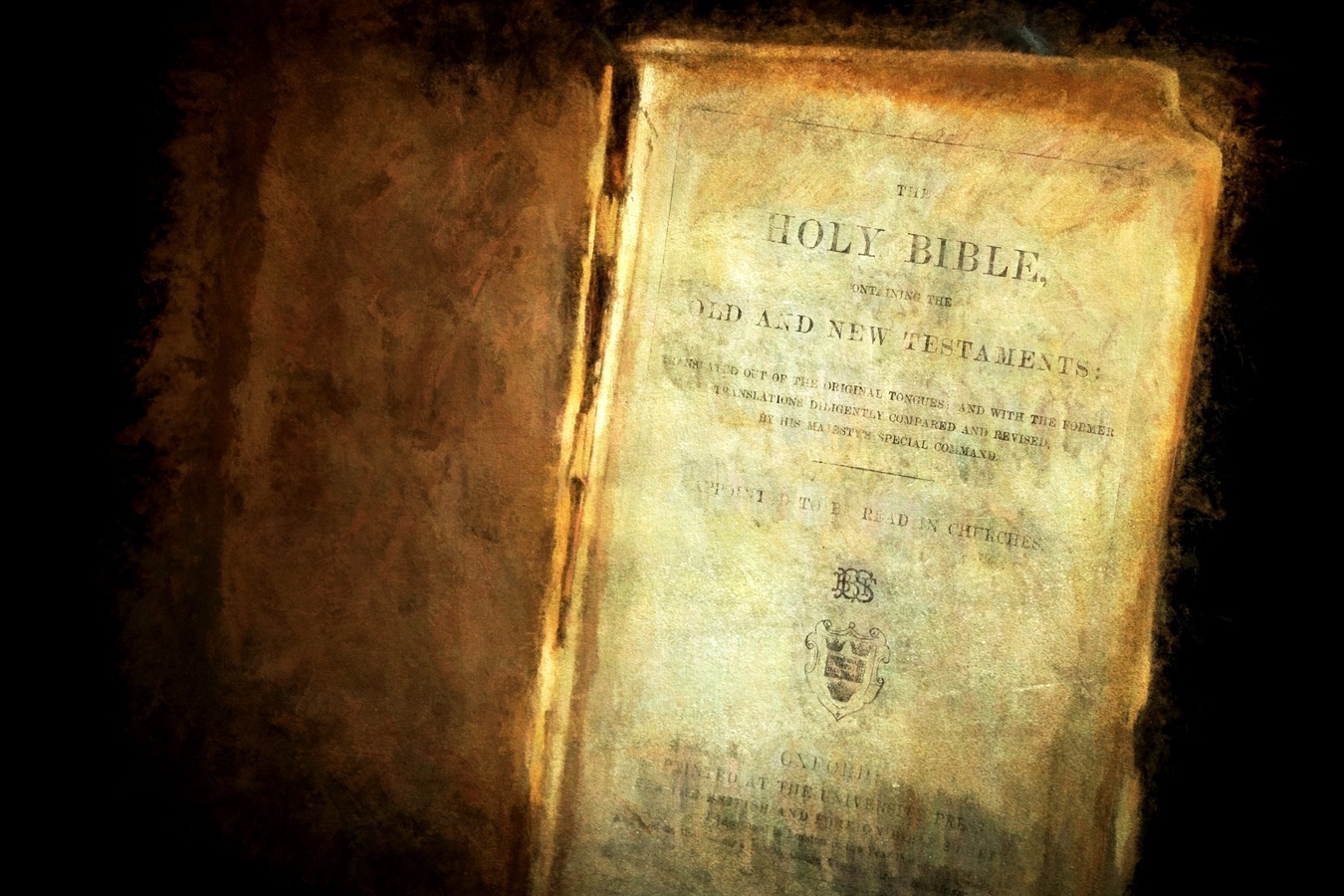 The Bible – relic, puzzle or life-giving instruction…? How can such an ancient book still have so much authority today? Is it still relevant? Whether you believe in the Bible or not, no one can deny the impact it had, not only on the nation of Israel but also on billions of people throughout history. But having said that – the Bible’s true intent was and is significantly hindered by people’s perception of it’s divinely-inspired message. Although the Bible is mostly approached with skepticism, what has hurt its message the most, is ignorance. If the Bible is worth anything, it is worth everything!

So why are there an Old and New Testament? Is a ‘Covenant’ the same as a ‘Testament’? Why did Jesus the Messiah not come sooner to die on the cross? How do people in the Old Testament get ‘saved’? Did God divorce the Jews to marry the Church? If Jesus fulfilled the ‘law’, how do we know when we’re sinning? Did Paul and the Apostles use the same Bible as we do today?

These are all questions we should ask to help us better understand God’s Word – the Bible. When Paul wrote 1 Tim 3:16+17 (”All Scripture is given by inspiration of God, and is profitable for doctrine, for reproof, for correction, for instruction in righteousness, that the man of God may be complete, thoroughly equipped for every good work.”), was he referring to the New Testament or Old and New Testament or just the Old Testament when using ‘All Scripture’? Considering the New Testament was just letters written to Christian communities at that stage – he was referring to the Old Testament or Tanakh (Law, prophets & writings) when he wrote to Timothy. The first Catholic bible canon was set at the Council of Rome in 382AD1 and was 315 years after Paul died2.

So you have noticed that your bible is divided into two sections: the Old Testament (Tanakh meaning ‘Torah’[teaching], ‘Nevi’im’[prophets] & ‘Ketuvim’[writitings]) and New Testament (B’rit Chadashah meaning ‘renewed’[chadashah] & ‘covenant’[B’rit]). But the reason we have the words ‘Old and New Testament’, is because the Latin Vulgate made the decision to use the word “testamentum” and we’ve been stuck with it ever since3. Even though the bible translators used the Greek word ‘Diatheke’  for ‘covenant’ – the concept meaning is not the same. There are 7x covenants in the Bible: The Adamic, Noahic, Abrahamic, Mosaic, Phineas, Davidic and reNEWed Covenants. 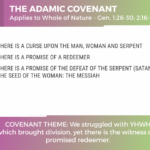 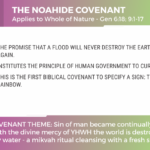 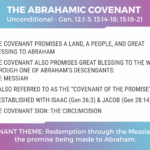 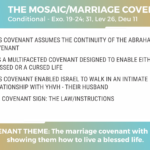 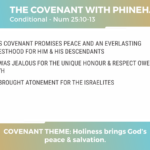 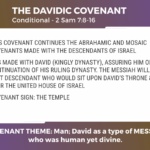 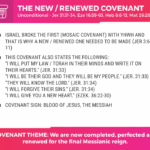 Under the Mosaic Covenant blood sacrifices were required for cleansing and atonement when the Law was broken. Under the reNEWed covenant, Jesus Christ provided His own body on the cross as a sacrifice that would purify once, for all time, those who had faith (Hebrews 10:10, 14). God proclaimed the Mosaic covenant as flawed because of the inability of the people to fulfill their part of the deal. Because His love, and His promise to Abraham, superseded the demands of the Mosaic covenant, God renewed the covenant and made the “reNEWed covenant/B’rit Chadashah” in Christ’s blood (Hebrews 8:8-13). According to the terms of the new covenant, God would put the law(Torah – the same law of the Mosaic covenant except without the Levitical priesthood [Heb 7:12-28]) into their minds, and write it on their hearts (Jeremiah 31:31, 33; Ezekiel 36:26-28).

This prophecy of Jeremiah looks forward to the coming of the Holy Spirit, who would indwell all who have faith, teaching and helping them to follow God’s commandments/Torah (John 14:26; Psalm 23:3-4; Romans 8:9-11)4. Although the Mosaic covenant was renewed, the other 6x covenants remain intact as is.

So why read the bible? Or maybe the better question is: How do we read the bible? Even though there is no recipe – it’s mostly read like a recipe book and less as a novel…

Yet, we get very discouraged when we need to read from the Old Testament and for many people it’s an endless maze of laws, rituals and rules that hopelessly failed people trying to serve their God. As a new believer we are encouraged to start in the New Testament and with the book of John because here we read about a kind Man born into our world and He seems to understand more about our calamities than the seemingly strict God of the Old Testament…

What if we need to understand the Old Testament in order to fully comprehend the New Testament? What if the Old Testament is far more important to our salvation than we think…? Someone once said: “Even though the Bible was written FOR us, it was not written TO us.” It simply means that we cannot read the Bible like a modern day Christian when in fact it was written to a much older Jewish audience. We need their glasses when reading the Bible and ask ourselves: “ how would they have understood the message…?” Saint Augustine said: “The Old (Testament) is in the New (Testament) revealed, the New is in the Old concealed.”

When you begin to study Church history, you quickly realize that “orthodox Christianity” is an oxymoron. Merriam Webster defines orthodox as, “conforming to established doctrine, especially in religion.” You might also hear it defined as “right doctrine.”

Orthodox suggests that there are certain truths and doctrines that have always been peacefully and consensually agreed upon, accepted by the few who dare to question it,  throughout all the centuries. And as the story goes, various groups of “heretics” have attempted to tamper with this “right doctrine” throughout history, only to fail miserably as the truth remained undiluted over the centuries.

These are the assumptions many of us grew up believing. We were handed an absolute narrative, told that it has withstood the test of time, and invited nicely to never question it ever… or else. Mainstream Christianity wants us to think there has always been a harmonious consensus, and those who question are not simply disagreeing with their pastor… oh no! – you are going against 2,000 years of what “those who follow the Spirit of God” have always believed and accepted as truth.

While tradition and orthodoxy have been instrumental in preserving certain truths — and indeed, there is a profound beauty to be found in sacramental liturgy — the reality is that for centuries, Christian Orthodoxy preserved itself through fear and control, opting to protect it’s doctrinal “truth” through the active suppression of opposing ideas.

What’s particularly ironic is that the modern Evangelical Church tries hard to distance itself from the teachings of the Roman Catholic Church while the core of it’s theology comes directly out of the councils, doctrines, and creeds established by the early Roman Catholic and Latin Church.

The truth is that since the very beginning, Church history has been rife with unrest, conflict, and even bloodshed — primarily over matters of establishing orthodoxy. And with today’s easy access to the annals of Church history, it’s time for us churchgoers to rethink the myth of orthodoxy, and begin re-evaluating what we’ve been taught.

When we are ready to read the Bible with a new set of glasses – I believe that God & His character will start to open to us in a new supernatural way!