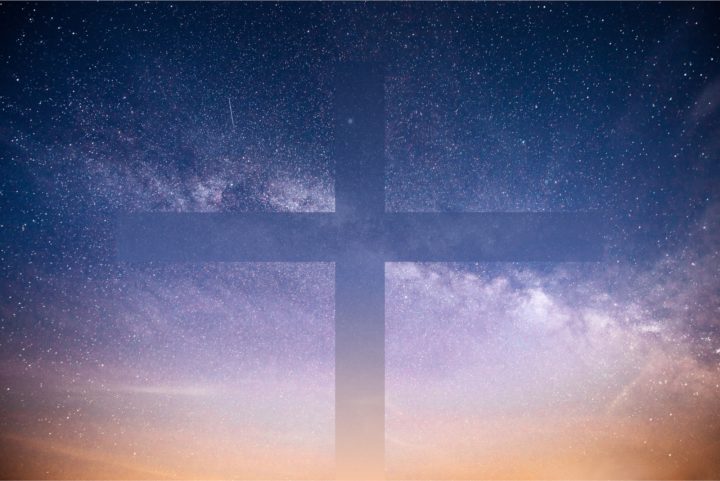 1 “In the beginning [before all time] was the Word (Christ), and the Word was with God, and the Word was God Himself 2He was [continually existing] in the beginning [co-eternally] with God.
3 All things were made and came into existence through Him; and without Him not even one thing was made that has come into being. 4In Him was life [and the power to bestow life], and the life was the Light of men. 5The Light shines on in the darkness, and the darkness did not understand it or overpower it or appropriate it or absorb it [and is unreceptive to it].” John 1:1-5 (AMP)

Our journey begins with the apostle John proclaiming in four different verses in the book of Revelation, when translated from Aramaic into Greek, that Jesus(Y’shua) our Messiah is the Alpha and the Omega, and/or the Beginning and the End, and/or the First and the Last (Rev 1:8;17, 2:8, 21:6, 22:13). John had to have noticed that the Prophet Isaiah confirmed in Isaiah 41:4 his revelation that God the Father was the First (Aleph/strength) and Jesus(Y’shua) was the Last (Tav/covenant). John was merely proclaiming Jesus’ divinity as Creator and His association as God in both his Gospel of John and the Book of Revelation.

The Alpha and the Omega are the First and Last letters of the Greek alphabet. Consequently, in Aramaic, John would have been saying, Y’shua ha-Mashiach is the Aleph(א) and the Tav (ת). It begs the question, WHY would John make such prophetic and profound statements concerning the Aleph/Tav את symbol if it was not of profound significance to believers in their day? Could John have been proclaiming that the Aleph and the Tav was actually the את symbol used in Genesis 1:1 and consequently, more than 7000* times throughout the Old Testament? What John was trying to reveal, to those who had ears to hear, is from the beginning Jesus(Y’shua) was with God and was God and that the Father by His Holy Spirit worked together both with and through Y’shua as ONE, and in Genesis 1:1 “created Elohim את the heavens ואת the earth.” Genesis 1:1, is in fact, where the first Aleph/Tav את and first Vav/Aleph/Tav ואת character symbols appear, symbolizing both the Strength of the Covenant and Jesus’ (Y’shua) divine presence, His divinity with God the Father as the Son and creator. Confirmation of the Aleph/Tav את symbols in Genesis 1:1 as being Jesus is easily confirmed by Jesus himself in Rev 1:17 and by the Apostle John in his opening comments of his gospel in John 1:1-3.

Consequently, if the Aleph/Tav את symbol incorporates and represents Jesus (Y’shua) then it also represents the WORD of God as John states in John 1:14. Understanding the depth and significance of the Aleph/Tav את symbol as being a marker, also for Jesus the Messiah’s presence throughout the Word of God, can give a new and broader meaning to why New Testament writers are often referring back to the Old Testament. Other verses referring back to Gen 1:1-3 are:
Eph 1:4-6, Tit 1:2, Heb 4:3, Heb 9:26, Heb 10:11-12, 1 Pet 1:20 & Rev 13:8. These state that the crucifixion of Jesus (in the Gospels) was simply a manifestation of what happened before the world was created (Gen 1:1-3). God’s solution to the darkness was to ‘let the ONE who IS Light shine’. God was smart enough to out-think the rebellion of the world and solve it even before creation. Gen 1:2 could mean that ‘while there was confusion and rebellion on earth, God saw it but instead of responding with vengeance, responded with relaxing and then let the ONE who is light (Y’shua) shine in the midst of the darkness’.

Our salvation was bought and paid for before the earth was created. We now become aware of what He did for us and accept the Salvation (ישוע).

For more info go to: