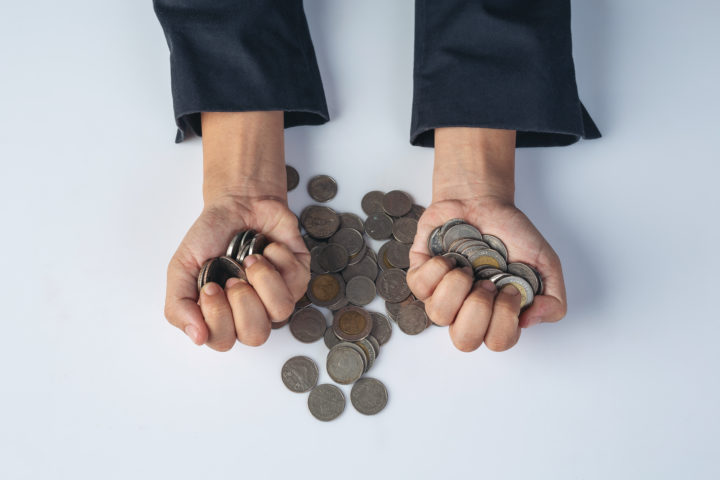 Tiberius Caesar — a man, who, in his personal life, was a pedophile, a sexual deviant , and a murderer and who, as emperor, claimed to be a god and oppressed and enslaved millions of people, including Jews? The answer, of course, is: the traditional, pro-tax interpretation of this passage is simply wrong. Jesus never meant for His answer to be interpreted as an endorsement of Caesar’s tribute or any taxes.

In 6 A.D., Roman occupiers of Palestine imposed a census tax on the Jewish people. The tribute was not well-received, and by 17 A.D., a tax-revolt, led by Judas the Galilean, followed. To any Jew, payment of the tax meant discarding God and His divine laws, and indirectly acknowledging the Roman emperor and his pagan laws as supreme.

Because of the huge amount of pilgrims moving in and out of Jerusalem for the yearly Jewish feasts, the Roman procurator of Judaea, Pontius Pilate, had also temporarily taken up residence in Jerusalem along with a multitude of troops so as to suppress any religious violence and above all, as chief tax collector.

In short, Jerusalem would have been a hot-bed of political and religious fervor, and it is against this background that this passage unfolded:

Matt 22:15-22 AMP: “Then the Pharisees went and conspired together plotting how to trap Him by [distorting] what He said. They sent their disciples to Him, along with the Herodians, saying, “Teacher, we know that You are sincere and that You teach the way of God truthfully, without concerning Yourself about [what] anyone [thinks or says of Your teachings]; for You are impartial and do not seek anyone’s favor [and You treat all people alike, regardless of status]. Tell us then, what do You think? Is it permissible [according to Jewish law and tradition] to pay a poll-tax to Caesar, or not?” But Jesus, aware of their malice, asked, “Why are you testing Me, you hypocrites? Show me the coin used for the poll-tax.” And they brought Him a denarius [a day’s wage]. And Jesus said to them, “Whose likeness and inscription is this?” They said, “[The Emperor Tiberius] Caesar’s.” Then He said to them, “Then pay to Caesar the things that are Caesar’s; and to God the things that are God’s.” When they heard this, they were caught off guard, and they left Him and went away.“

At some point, Jesus must have led His questioners to believe that He opposed the poll-tax; otherwise His questioners would not have posed the question in the first place. The trap was carefully concocted by His opponents: The Pharisees and their unorthodox collaborators: the Herodians (which were known for their alliance to Herod, king of the Jews). The Pharisees believed that they, alone, were the authoritative interpreters of Jewish law and by appealing to Jesus’ authority to interpret God’s law, the questioners accomplish two goals: (1) they force Jesus to answer the question; if Jesus refuses, He will lose credibility as a Rabbi with the very people who just proclaimed Him a King (Matt 21:5-21 – possibly why the Herodians got involved); and (2) they force Jesus to base His answer in Scripture – hoping to find cause to get rid of Him.

Instead of jumping into the political discussion, Jesus curiously requests to see the coin used for paying the tax. He could certainly respond without seeing the coin and this suggests that there is something meaningful about the coin itself. The previous Emperor Augustus issued hundreds of denarii, but his son-in-law, Tiberius issued only three, and of those three, Tiberius preferred this third and issued it from his personal mint for twenty years. The denarius was truly the emperor’s property: he used it to pay his soldiers, officials, and suppliers; it bore the imperial seal; it differed from the copper coins issued by the Roman Senate, and it was also the coin with which subjected peoples were required to pay the taxes. Tiberius even made it a capital crime to carry any coin stamped with his image into a bathroom or a brothel. In short, the denarius was a tangible representation of the emperor’s power, wealth, deification, and subjugation.

After seeing the coin, Jesus then poses a counter-question, “Whose image and inscription is this?” Because the hostile question was a direct challenge to Jesus’ authority as a rabbi on a point of law, His interrogators would have expected a counter-question grounded in scripture, in particular, based upon the Torah. Two words, “image” and “inscription,” in Jesus’ counter-question beckons two central provisions in the Torah: image – the First/Second Commandment (Ex 20:2-4) and inscription – the Sh’ma (Deut 6:4, 11:13-21 and Numbers 15:37-41).

The front of the denarius coin showed a bust of Tiberius crowned with the laurels of victory and divinity. Even a modern viewer would immediately recognize that the person depicted on the coin is a Roman emperor. Circumscribed around Tiberius is an abbreviation, “TI CAESAR DIVI AUG F AUGUSTUS,” which translates to: “Tiberius Caesar, Worshipful Son of the God, Augustus.”

On the reverse side sits the Roman goddess of peace, Pax, and circumscribed around her is the abbreviation, “Pontif Maxim,” which stands for “Pontifex Maximus” which, in turn means, “High Priest(ess).”

The Denarius-coin is a fine specimen of Roman propaganda. It imposes the cult of emperor worship and asserts Caesar’s sovereignty upon all who transact with it.

In the most richly ironic passage in the entire Bible, all three of the Gospels depict the Son of God and the High Priest of Peace, newly-proclaimed by His people to be a King, holding the tiny silver coin of a king who claims to be the son of a god and the high priest of Roman peace. What was supposed to discredit Jesus to the point of humiliation, has now become one of His greatest moments of truthful acknowledgement! as the Messiah, the true Son of God!

In Hebrew tradition, everything rightfully belonged to God. By using the words, “image and inscription“, Jesus has already reminded His interrogators that God was owed exclusive worship and total love. Similarly, everything economically belonged to God as well. For example, the physical land of Israel was God’s, as He instructed in Leviticus 25:23, “The land [of Israel] shall not be sold in perpetuity; for the land is mine, and you [the Israelites] are but aliens who have become my tenants.” In addition, the Jewish people were to dedicate the firstfruits, that first portion of any harvest and the first-born of any animal, to God. By doing this, the Jewish people acknowledged that all good things came from God and that all things, in turn, belonged to God. He even declares, “Mine is the silver and mine the gold.” (Hag 2:7-8).

The emperor, on the other hand, also claimed that all people and things in the empire rightfully belonged to Rome. The denarius notified everyone who transacted with it that the emperor demanded exclusive allegiance and, at least, the pretense of worship — Tiberius claimed to be the worshipful son of a god. Roman tribute or tax, paid with Roman currency, impressed upon the populace that the economic life depended on the emperor.

The first-century audience would have immediately apprehended what it meant to render unto God the things that are God’s. They would have known that the things of God and Caesar were mutually exclusive. No Jewish listener would have mistaken Jesus’ response as an endorsement of paying Caesar’s taxes.

To the contrary, His audience would have understood that Jesus thought the tribute was illicit. Notably, opposition to the tribute was one of the charges the authorities levied at His trial: “They began to accuse Jesus, asserting, “We found this Man misleading and perverting our nation and forbidding us to pay taxes to Caesar, and claiming that He Himself is Christ (the Messiah, the Anointed), a King.”” (Luk 23:2 AMP).