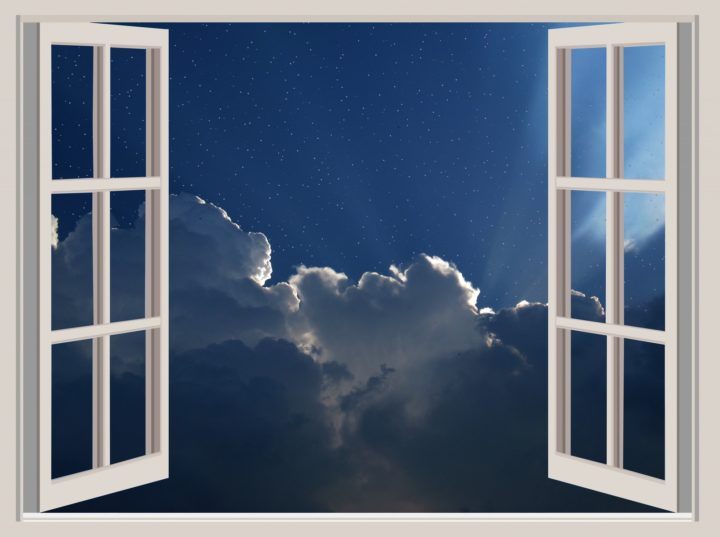 The word ‘rapture’ does not appear in the Bible, but it is a term frequently used in conjunction with events relating to the Second Coming of Jesus. According to common church ideology – the meaning or definition of rapture is the idea that the coming of Jesus will take place in two separate stages.

The first will be a secret rapture—or ‘carrying away’ of the saved to heaven—at the beginning of a seven-year period of tribulation, during which the antichrist will appear. The second phase occurs at the close of this time of tribulation when Jesus will return to Earth in triumph and glory.

There are many ideas or teachings about the rapture and some believe that ‘the elect’ will be ‘raptured’ before Jesus comes back and then a time of tribulation will follow – this is known as: pre-tribulation or ‘secret’ rapture while others believe that ‘the elect’ will be ‘raptured’ when Jesus comes back and return with Him after the tribulation to reign with Him for a thousand years – this is known as: Pre-tribulational pre-millennialism.

But I believe that there exists a great misconception about the rapture and the teaching behind it. To fully understand the term ‘caught up’ (1 Thess 4:17) one must understand a Hebrew wedding and its proceedings… Why a wedding? What on earth does a wedding have to do with rapture? Well, the answer lies in Jesus’ words in John 14:1-4: “Let not your heart be troubled: ye believe in God, believe also in me. In my Father’s house are many mansions: if it were not so, I would have told you. I go to prepare a place for you. And if I go and prepare a place for you, I will come again, and receive you unto myself; that where I am, there ye may be also. And whither I go ye know, and the way ye know.” Notice the phrase: ‘I go and prepare a place for you’ – this is wedding talk and the disciples would have understood it as such.

Firstly, when the Jewish groom wants to proceed with the marriage, he had to pay a bride-price (Mohar, like the ring for modern marriage ceremonies) in full and declare in a loud voice, “The price has been paid in full!” in front of the village. (1 Corinthians 6:20). Once the bridal price (Mohar) was paid and the marriage contract (Ketubah) was signed, there was a groom’s speech of promise. He would say, “I have to go, I’m going to prepare the bridal chamber (Chuppah), a place for you at my father’s house.” This tradition is kept even till this day. The groom went back to his father’s house to build an addition to the existing dwelling, where he would receive his wife in about one or two years. In modern Israel you can see many additions that have been made for this purpose. The bride would then say, “Do not go,” and the groom would respond, “It is better for you that I’ll go but I will come back.” “When?” she asked. And the groom would respond, “I do not know, nor the servant, only my father knows the day”. Meanwhile the bridegroom prepared the bridal’s chamber (Chuppah) and the bride had to be ready. The groom sent a chaperone or servant to keep an eye on her, to insure that she would be cared for and watchful for the return of the groom. This alertness was manifested at night, because the bridegroom would usually show up at midnight. She had to have her oil lamp burning all the time.

The bride also had other virgins helping and serving her; they were also anticipating the wedding. Before the bridegroom left for the one year waiting period, he spent precious time with his bride-to-be. There was joy but also anxiety about unknown things yet to happen. Considering this you may better understand the words of Jesus during those short three years of ministry, before he went and paid the bridal-price in Calvary, died, rose from the dead and returned to the Father to prepare a place for us (Luk 5:33-34).

According to Judaism 101: (www.jewfaq.org/marriage.htm) – the process of marriage occurs in two distinct stages: kiddushin (commonly translated as betrothal) and nisu’in (full-fledged marriage). The word “kiddushin” comes from the root Qof-Dalet-Shin, meaning “sanctified.” It reflects the sanctity of the marital relation. However, the root word also connotes something that is set aside for a specific (sacred) purpose, and the ritual of kiddushin sets aside the woman to be the wife of a particular man and no other. Kiddushin is far more binding than an engagement as we understand the term in modern English. Once kiddushin is complete, the woman is legally the wife of the man. The relationship created by kiddushin can only be dissolved by death or divorce. However, the spouses do not live together at the time of the kiddushin, and the mutual obligations created by the marital relationship do not take effect until the nisu’in is complete.

The nisu’in (Hebrew for marriage or literally “lifting up”) consists of the recitation of seven benedictions, all but the first of which are listed in the Talmud (Ketubah 7b-8a). Lifting up the bride was an ancient wedding custom wherein the bride was lifted by poles to the ceremony in a carriage. The Chuppah, or canopy, was not only related to the bridal-chamber, but was also “lifted” by poles like the ancient carriage. The present custom of lifting the bride and groom in chairs is rooted in this processional.

So when Jesus returns, He and His bride will be ‘lifted up/caught up’ together as part of the wedding procession of the Lamb (Rev 19:7-18). The rest of the verse in Thess 4:17 says: “and so we will always be with the Lord!” much like a modern day: “and they lived happily ever after“…

You can think of it like this, imagine a flood swept through your town. Those who escaped, were left behind by the waters of the flood, while those who lost their lives were taken away by the water. Additionally, in the parallel passage of Luke 17:37, Jesus’ 12 apostles ask the question, “Where Lord?” referring to those who are taken. Jesus responds by saying, “Where there is a dead body, there the vultures will gather.” Thus Jesus again explains that those who are taken will be destroyed as is symbolized by the gathering of vultures seeking to consume the dead.

Therefore, we can see that the Bible does not support the idea of the secret rapture for the saved.