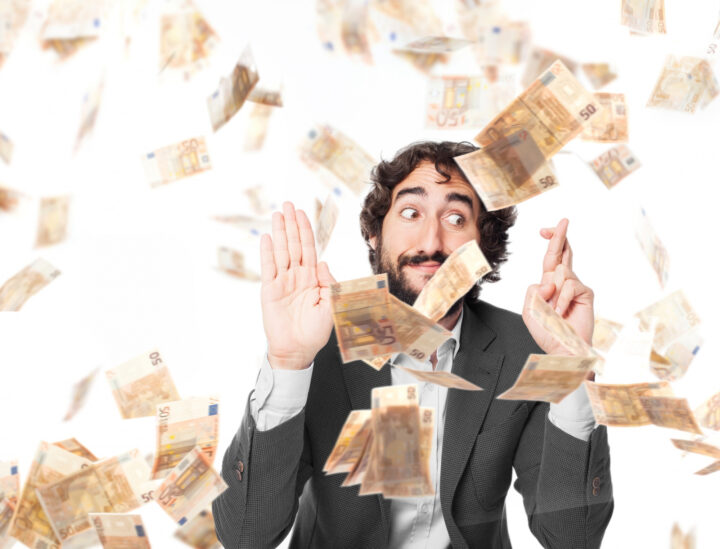 How does being rich or poor influence our Eternal Destination…

Jesus describes a scenario in Luke 16:19-31 that is used as strong evidence that some will end up in eternal torture and some in an eternal paradise. But there is more to this parable, much more…

Wait, did you say parable? Is this not a true story because Jesus mentions the beggar by name – Lazarus? Jesus once raised His friend Lazarus from the dead – maybe this is the same man? Let’s look at the scripture in more detail and then we decide.

What do we know about the Rich man – “Now there was a certain rich man who was habitually dressed in expensive purple and fine linen, and celebrated and lived joyously in splendor every day.” (v19); “remember that in your lifetime you received your good things,” (v25)

What do we know about the beggar, Lazarus – “And a poor man named Lazarus, was laid at his gate, covered with sores. He [eagerly] longed to eat the crumbs which fell from the rich man’s table. Besides, even the dogs were coming and licking his sores.” (v20-21)

Jesus is setting the stage, which He began doing in the previous chapter with the parable of the prodigal son (15:11-32) and the unjust steward (16:1-13). Then came v14-18 where He is addressing them directly and it’s about how they made ‘Money‘ their first love (v14). For they, the Pharisees and Scribes, were angry & resentful about the way that God, their Father shows mercy to gentiles that doesn’t even obey the Law of Moses (15:28-30)!

They are only in it for the reward and what God wants – is our hearts… You see: He sees our motive for serving Him before we even realize it… (16:15)

Now let’s get back to the Rich man and Lazarus – why does Jesus describe the Rich man’s clothing? Expensive Purple and fine linen – because He was describing the two tribes that were living in Jerusalem at that time: Judah (King David’s tribe – Purple is a king’s colour – Es 8:15 & Jud 8:26) and the Levites/priests (they made up the priests and scribes that served in the temple & they were required to wear fine linen – Ex 28:4-6 & Lev 16:4). Judah’s mother Leah had 6 sons with Jacob, giving him 5 blood brothers (Gen. 29:31-35, 30:18-19). Remember: the 10x tribes of the Northern kingdom were taken into captivity, never to return but Judah & the Levites which made up the Southern kingdom returned and rebuilt the Temple & the city wall (Ezra & Nehemiah). They lived a rich life – having the Word of God & His promises.

Lazarus on the other hand resembled the poor gentiles that wanted only the crumbs from the ‘Jewish-table’ (Matt 15:22-28) but instead were no better that the dogs that liked their wounds. It is very interesting to note that Lazarus (from the Hebrew: אלעזר, Elʿāzār, Eleazar, “God is my help”) was a common name is Jesus’ time and was named after Abraham’s servant – Eleazar (Gen 15:2). His audience knew exactly to whom He was referring to up until this point. Eleazar was not the heir to the promises but instead Issac, the promised son. Also notice how the rich man calls to Abraham to send Lazarus/Eleazar (his servant) to run all the errands for the rich man (v24 & v27).

Then both died, having had their time to make the most of what God gave them and the beggar going to Abraham’s bosom (paradise) and the Rich man into Hades (resting place of the dead). Why did they not go to the same place? Definitely one was a sinner and one wasn’t…? Why do we assume the Rich man deserves Hades/Hell and Lazarus not? What did Lazarus do to deserve ‘heavenly bliss‘?

If we take this story literally – then Heaven and Hell must be next to one another divided only by a gulf that disembodied souls ‘cannot’ cross… Just suppose that the rich man was actually in a flame of fire in the spirit world, what possible good could he have expected from a drop of water? And why not a bucket of water for how can it be that only his tongue is in torment and not the rest of his body? If both he and the beggar were in the spirit world, why should the one be represented as having eyes and a tongue, and the other fingers? And where were they going to find a drop of water?

Let us look at v14 – “Now the Pharisees, who were lovers of money, were listening to all these things and were sneering and ridiculing Him.” The bible has a lot to say about the tongue and how evil it can be – James 3:1-12 dedicates quite a bit about the dangers of the teaching-tongue as well as Proverbs 18:21; 21:23 & Psalm 12:2-4. In verse 24 & 28 the word for ‘torment‘ in Greek is: ‘basanos‘ which literary translated means: ‘touchstone‘ and refers to a stone used to test the purity of gold/precious metals after being in the fire (https://biblehub.com/greek/931.htm). 1 Cor 3:12-15 speaks of this process of refining our deeds/words one day and that will determine our reward. Would the teachers of the Law repent from their wicked ways? Not likely but God’s purpose is always to try and purify our hearts.

Jesus wanted his audience to fully grasp the message He wanted to convey – like the brother that stayed home in the Prodigal son, they needed to identify with the Rich man in order to understand their future. They were all rich now, materially rich and Lazarus the despised gentile, was the poor beggar BUT that was about to change – sooner that they thought…

Little did these Jews know at the time that Christ spoke this parable, that it would be only thirty some years into the future that their beloved Jerusalem would once again be destroyed. But this time, God would also take from them the Temple and the Ark of the Covenant – they would become the ‘spiritual beggars’. And little did the Gentiles know that Saul [Paul] was already being prepared to take God’s spiritual blessings “to the nations (depicted as Lazarus).”

He went on to commission his apostles to take the good news of His resurrection and the Kingdom of God to the Jews first but again, as a nation, the Jews rejected Him.

“…neither will they be persuaded if someone should be rising from among the dead.”